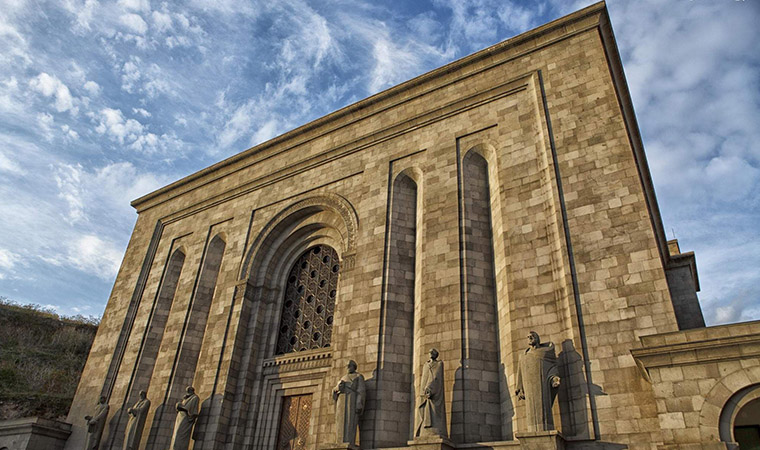 The largest collection of Armenian manuscripts is Matenadaran of Yerevan named after Mesrop Mashtots (Ancient Manuscripts Research Institute-Museum). It was founded in 1921 on the basis of the Echmiadzin Matenadaran and is the first research center in Armenia. It was originally called the Cultural-Historical Institute. There are about 17,260 manuscripts, over 11,180 of which are Armenian, the rest are parts of Armenian manuscripts, charms, new and foreign (Arabic, Persian, Turkish, Assyrian, Old Georgian, Greek, Latin, Russian, etc.) manuscripts.

The well-established transport infrastructure of Armenia allows to get to Matenadaran by a private car or with the help of various travel companies which offer regular excursions and tours to different sights of the country. Due to the geographical location of Matenadaran the trip will not seem long.

The high season in Armenia lasts for a long time due to the pleasant climate conditions. Warm days in Armenia start in March and last until late autumn; winter is usually snowless and not long. The high precipitation season is variable. The tourist season for Matenadaran depends on the weather conditions.

Matenadaran means a "book-depository" in ancient Armenian. Indeed, Matenadaran is the pride of Armenian culture, the world's largest storage of ancient manuscripts. It was created on the basis of the collection of manuscripts belonging to Echmiadzin Monastery. The chronological sequence of the arrangement of the exhibits represents the national writing culture from the very beginning to the 19th century.

Details of Armenian architectural monuments, khachkars are exhibited in the arched halls of the courtyard. You can see a mosaic depicting the Avarayr Battle (1956-60) in the lobby, and a fresco entitled "History of Armenia" (1956-59; Van Khachatur is the author of both works) on the walls of the main staircase. Basalt is the main building material in the interior of the structure, but other stones, such as marble, were also used. Other frescoes of the same author, depicting the Urartu era and the creation of the alphabet, are also exhibited near the main staircase.