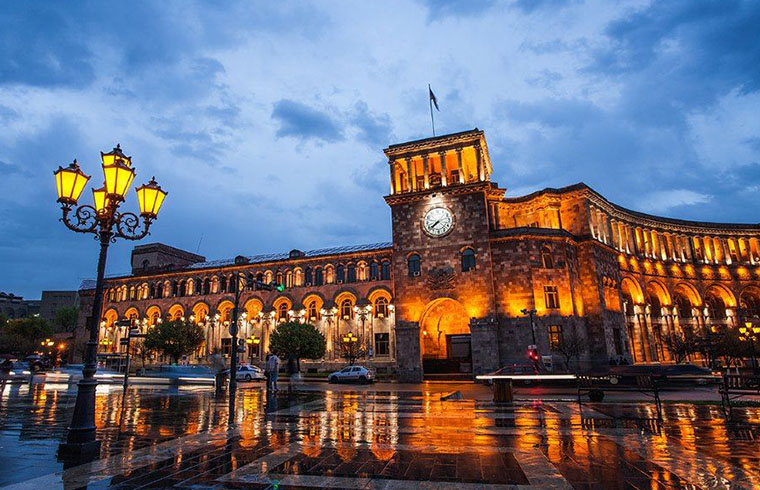 Republic Square is the central square of the city, created under the guidance of architect A. Tamanian in 1926. It was called Lenin Square until 1991. The square is well-known for its monumental national architecture. The square's shape is combined of two geometrical figures: an oval and a trapeze. Five buildings are included in the architectural complex.

The square has a small boulevard, on which 2,750 small fountains symbolize the age of the city of Yerevan were installed in 1968.