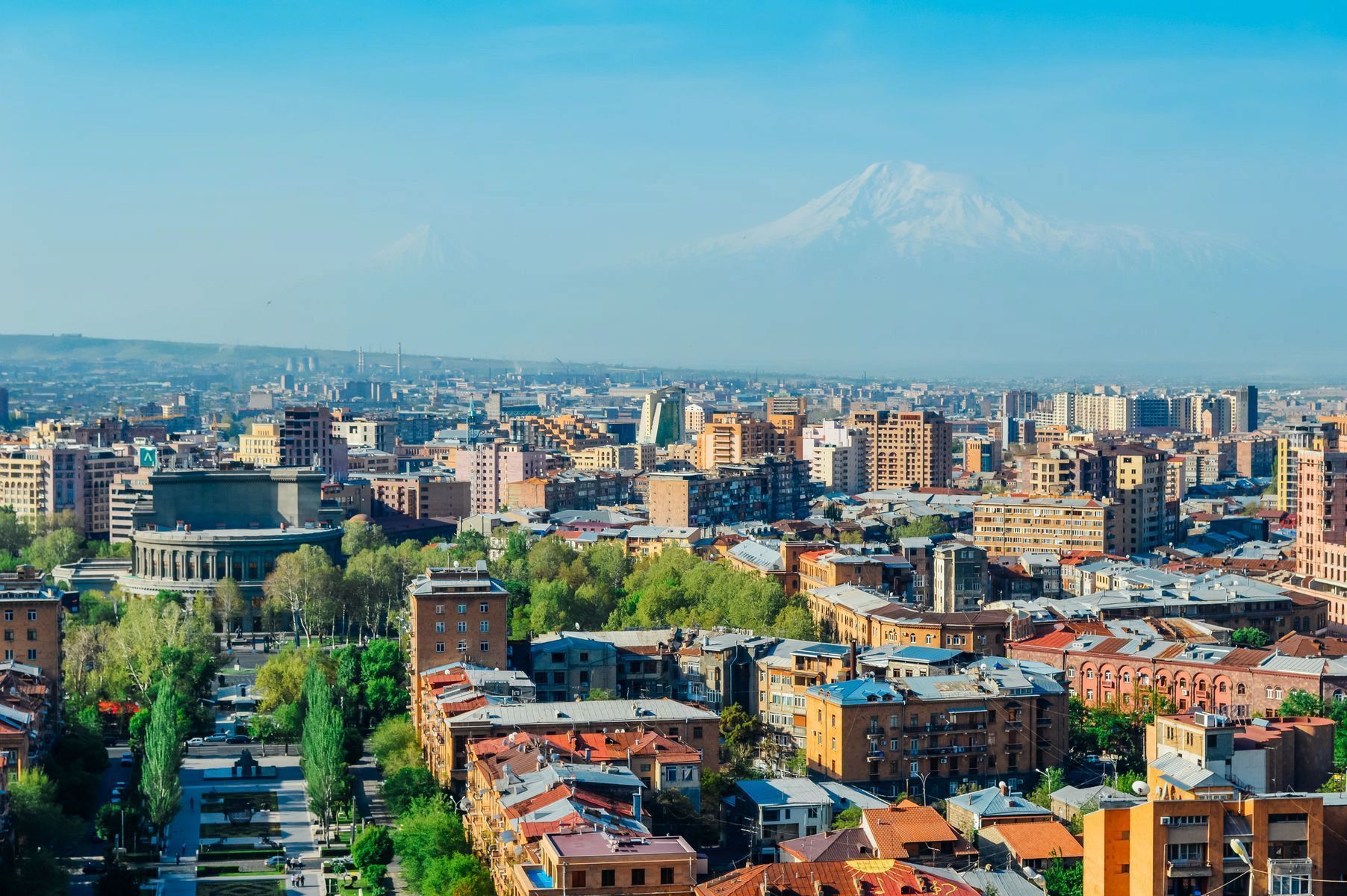 Overview
Yerevan in Armenia is located in the Ararat Valley. The city received its present name only in 1936, and earlier it was called Erebuni. This ancient city was founded in 782 BC. king of the state of Urartu Argishti I, and possibly during the time of the Old Testament Noah, if you believe the legends. Over the millennia of history, Erebuni experienced many events, was under the rule of Persia and Russia, and only in 1920 became the capital of Armenia, and then it was officially renamed. Today the invaluable cultural and historical heritage is reflected not only in the architecture and traditions of the city, but also in its unique appearance and atmosphere prevailing here. And Byron wrote about Yerevan this way: "There is no other country on the whole globe that would be so full of miracles as the land of the Armenians ...".

What to see, where to visit
The capital of Armenia is rich with various sights and beautiful places. On the Arin-Berd hill are the ruins of the fortress city of the Urartian state of Erebuni, where Yerevan was founded more than 2700 years ago. At the foot of the hill, the Erebuni Museum is open, where samples of the Urartu culture found during archaeological excavations are exhibited.

The heart of the city is Republic Square, on which in 1924-1958. magnificent buildings were built from tuff and basalt, where today the Government and the Ministry of Foreign Affairs of Armenia are located. There are also singing fountains and the National Historical Museum, which presents more than 400,000 exhibits from various fields - from archeology and numismatics to ethnography. Another unique museum “Matenadaran” rises above Mashtots Avenue - one of the world's largest repositories of ancient manuscripts. The slopes of the Kanaker Hills are decorated with the unique architectural complex Cascade, consisting of stairs, fountains and colorful flowers.

Other architectural and historical monuments of Yerevan include the grandiose complex Blue Mosque with a 24-meter minaret and the 17th-century Zoravor Church - one of the oldest in the city, the majestic Cathedral of St. Gregory the Illuminator - the largest in Transcaucasia, and the impressive monument "Mother Armenia" 54 m high, the Great Hrazdan Bridge and the Haghtanak Bridge, thrown across the Hrazdan River.

The capital is famous for its many interesting museums, such as the National Art Gallery with the richest collection of works of Armenian, Russian and Western European art, the Armenian Genocide Museum, the house-museum of the composer Aram Khachaturian, the museum of the famous film director Sergei Parajanov and the Ararat Cognac Museum, opened on the territory of Yerevan brandy factory.

Picturesque city parks are a favorite resting place for both citizens and guests of the capital. The famous Lovers' Park, founded in the 18th century, is famous not only for its beautiful places for relaxation, but also for its rich cultural life: various exhibitions, music festivals and film screenings of the Golden Apricot International Film Festival are held here, and the old English Park stretching for 5.5 ha, is known for its beautiful fountains, where newlyweds are photographed.

Yerevan in Armenia is a gourmet paradise. In numerous restaurants and cafes of the city you can taste traditional national dishes such as hearty khinkali, tender meatballs "kyufta", delicious barbecue "khorovats" or spicy dolma. Among the most popular local restaurants: "Our Yard", famous for "Armenian pizza" - lahmadzhun, "Old Yerevan", where you can not only enjoy kebab and "ishkhan" trout prepared according to authentic recipes, but also listen to live folk music, " Caucasus ", which recreates the atmosphere of the XIX century., And the restaurant" 8 miracle ", located in the picturesque Radzan gorge. "Malakhas" gathers lovers of jazz music, and the cozy cafe "ArtBridge" organizes meetings with people of art.

There are many places for night rest in Yerevan, for example, the clubs "Kami" and "Mi Mopena", "Stop Club" with live music and the stylized medieval castle "Stoyka".

Family holiday
There are many places for families with children in the capital of Armenia. In the Yerevan Zoo, you can see about 2800 animals, represented by more than 200 species, in the Water World water park - ride exciting water attractions, in the "entertainment city" Playcity immerse yourself in the world of exciting games, and take a trip on the old children's railway.

How to get there
Zvartnots International Airport is located 12 km from the city.